I took my 10-year-old daughter to the Hollywood sign last week.  On clear days, we can see it from our house, and we’ve always talked about hiking up.  There is an easy route, heavy with tourist traffic, paved and well marked.  There is also a difficult one.  Two miles of rocky terrain and a thousand-foot elevation change.  That was the path we took.  At one point, the rocky trail traversed a ridge with a 300-foot drop on one side.  I made sure to keep Katie close to me for that part.

We’ve gotten better at these sorts of adventures.  I have become more patient.  Katie seldom cries anymore.   And though she is bold by nature, bravery still takes practice.  So, every few weeks, we plan an outing, and we test ourselves.  This time, it was the tough trail to the Hollywood sign. On other occasions, we have hiked the Grand Canyon, canoed white-water rapids, and snorkeled with leopard sharks (that one could have gone better). 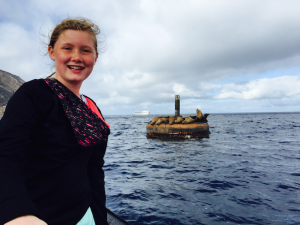 Watching a movie, or playing video games together, would be easier.  And safer too.  Unless, that is, one weighs the risks of a childhood without adventure, of entering adulthood without having learned to navigate real challenges.  Sure, bad things might happen.  But such is the case with most things worth doing.  It’s the case with life itself. For my kids, the best way to learn the difference between risks worth taking, and ones better left alone, is to practice.

After our hike, Katie showed pictures to her friends.  A few were wide-eyed at the sight of the cliff.  She said, “Adventures are worth the mishaps.”  It’s clearly a borrowed phrase, and I am not sure Katie entirely grasps what it means.  But I like that her brain is starting to work that way.  She is beginning to understand the kinds of rewards that such endeavors can bring.  In time, she will appreciate the depth of character they can build.  And although our weekend exploits are mostly about the physical, they do feed another kind of bravery.

Only some of the challenges Katie is sure to face in life will require brawn.  The greatest tests will be moral ones.  I want her to be prepared, bold not only in the face of physical dangers, but brave in the way she treats others.  As proud as I am when she scales a cliff or surfs a big wave, nothing compares to what I feel when she draws on bravery to be kind.  As a ten-year-old, that may be as simple as inviting the new kid to sit with her at lunch – which she has done.  As a grown-up, standing up for others will involve far greater risks.

I can hope against hope that Katie will never be tested that way, never find herself staring down a mob or defending innocent lives in a warzone.  If I had my way, her greatest moral challenges would involve writing op-eds for the local paper or getting the school library to stock good books (you know, the ones with dangerous ideas). But I know my kid.  She is moved by the suffering of others, and will help those in need wherever that may lead.

That is why we practice being brave.  Some day, Katie will have to draw from the well we have filled together.  In that moment, she will learn how deep it goes.  And maybe, if I have done my job right, she will remember my hand on her shoulder, guiding her past the cliffs towards the big white sign over the next ridge. 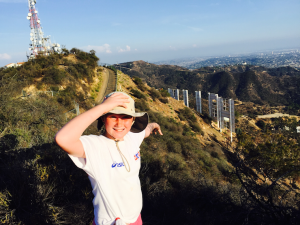 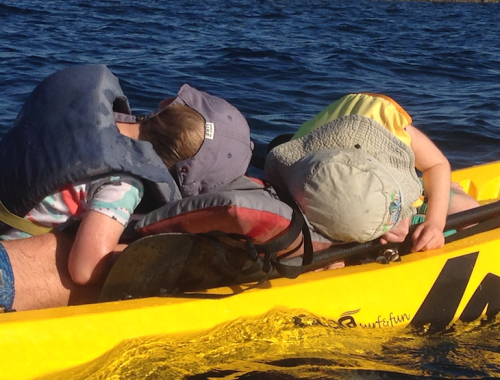 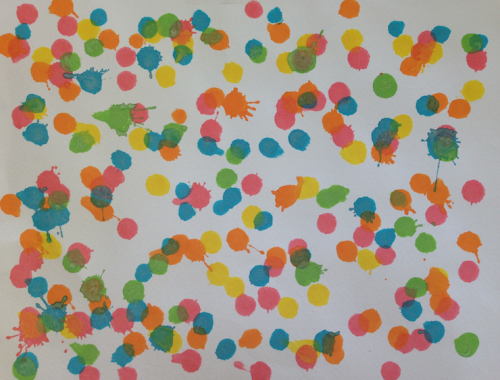