We went to church today and were surprised to learn that it was Advent. I don’t know what was more surprising: that today was Advent or that every year, we are perplexed by the start date, which comes, more often than not, fast on the heels of Thanksgiving. Put the turkey platter back in the high cupboard. Dust off the Advent wreath from the attic. Makes sense.

Except this year, we don’t have an Advent wreath. Whilst lighting our previous circle of holly branches and fir, the girls argued so vociferously over whose turn it was to light the pink candle that Lizzie’s hair caught on fire. So…ixnay on the eathwray this year.

Also absent from the Kelly-Harbaugh home this season is any kind of elf on any sort of shelf. It’s not because ours has gone missing or that the dog tore it in half — though if we did have one, both of those scenarios would have been quite likely. It’s simply because Mom thinks they are dumb. With apologies to all those clever elf-handlers, photographers and scenario-developers out there, we’re just not keen on doing much of anything for our children while they sleep. We have a hard enough time caring for them while they are awake. Plus, elf orchestration cuts into Mom’s TV time.

We do have stockings. Only four of them, though, since they were purchased during a Lowe’s after-Christmas sale many, many years before the children were born, and during a time when even the distant possibility of two children was two more than I could ever envision. Of course, our current home here in California does not have a fireplace. No mantel. No backyard fire pit. Nada. We are debating between hanging the stockings on the oven — at least it is a heat source, and thus in the fireplace genre — or on the freezer, which though it is the opposite of a fireplace, can serve as a daily reminder that if we continue to consume Trader Joe’s chocolate ice cream at our current pace, we will soon be able to fit our cankles into those large stockings.

We will be traveling for a few weeks over the holidays, so I’m not entirely sure we are going to put up a tree. We’ll have to weigh the hours of decoration and clean-up against the hours we will actually be in the room to stare at the tree and enjoy it. Any Math friends want to write us an equation for that? I’m thinking t=tree, x=ornaments, and w=the number of glasses of wine Mom will need to be bothered with any of it.

In terms of outward preparedness and holiday paraphernalia, we are clearly flunking Christmas this year. Luckily, according to the songs that have been playing in department stores since Halloween, Santa only grades children. And, as the candles indicated this morning, we still have a little time to get our act together. Game on. Pa-rum-pa-pum-pum. 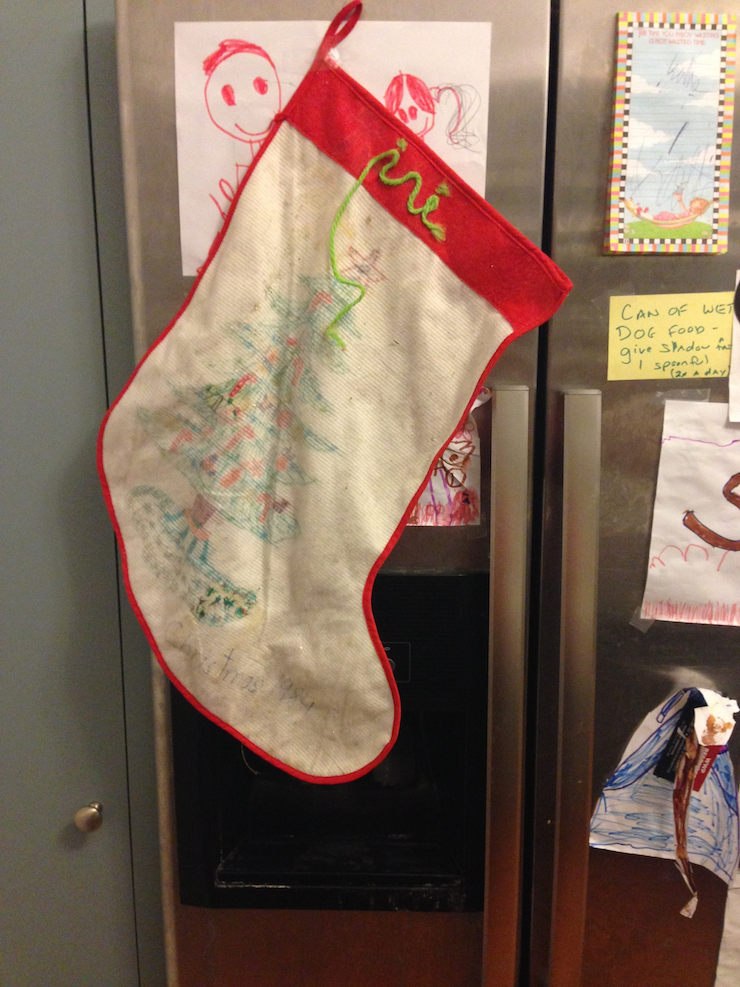