My husband and I vacationed separately this spring.

Friends have asked whether our marriage is okay.

It is. Though sometimes we daydream about leaving. Just hopping in the car and driving away.

Not from one another. From the children.

It’s not that we dislike them. They are delightful. They walk and talk and eat soup. But we also kind of hate them. Not in a mean way. Just in a we-wish-they-lived-somewhere-else-sometimes kind of way.

I like the idea of family time. The five of us in the car on an adventure — to explore a canyon, a riverbed, a zoo. But in reality, time spent together with our children is just awful.

Our kids are two, five, and ten. There is very little that entertains all three of them. We’ve tried biking. The oldest does okay, but the younger two are basically ballast, adding seventy pounds to the bicycle trailer of whichever parent happens to be healthiest at the moment we set out. We’ve tried skiing. My husband and I hit the slopes with the oldest kiddo while the little ones run up a tab in the childcare room, and trade colds and flu bugs with the other inmates. We’ve tried hiking, but on our last rocky sojourn, we carried two-and-a-half crying children the last three-fourths of a mile.

For birthdays and holidays, we would prefer to give our children experiences rather than toys. But most experiences come with a height and weight requirement. At the amusement park, the child who was over forty-eight inches tall rode roller coasters, while the munchkins spun in circles on flying bananas and elephants. When we attempted horseback riding, only the girls and I rode, while my husband and the toddler napped in the car.

Even when we are together, we are not.

So this year, we called it like it is. Dad and Katie camped the Grand Canyon while Mom, Lizzie, and Henry visited family in the Midwest. For the most part, this division worked. I like to hobnob and kvetch with relatives. My husband is good for about twenty minutes before he’s off to nap or play chess on his phone. Conversely, he enjoys beef jerky and sleeping under the stars. I don’t mind camping, but after about four hours, I miss salads. And chairs. So this split arrangement suited us. 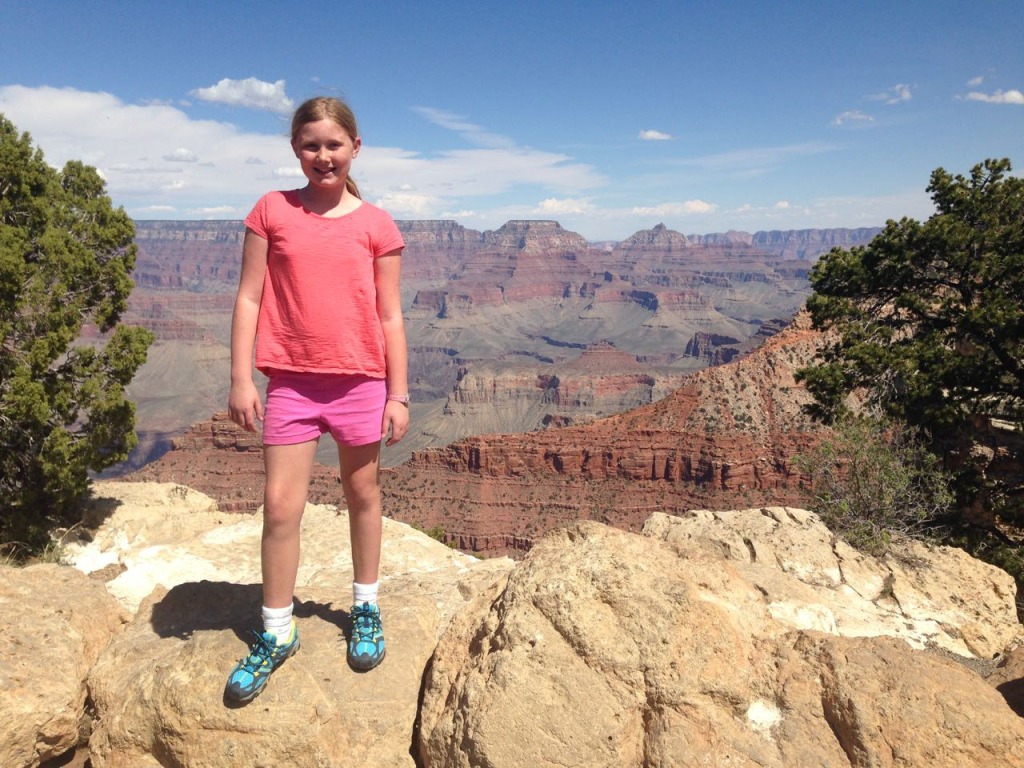 Surely there were inequities: Lizzie missed additional school days, while Katie begrudgingly had to attend. I drove in spring snow, while my husband came back with a tan. But there were also advantages. He was able to take one child to the Canyon without worrying that the other two would fall in. I visited my ninety-four-year-old grandmother without my tween interrupting to find her favorite programs on the Disney Channel. I also spent a perfectly wonderful afternoon with my five-year-old. We went shopping, to tea, and had a lengthy conversation about kittens. I was not impatient with her like I so often am when corralling all three kids in and out of the car. Everyone had individual attention and age-appropriate escapades. The ten-year-old canoed with her Dad while 2000 miles away, the little ones went to the dinosaur museum with their auntie and uncle. And our children — the kids who routinely smack one another with tennis rackets and chase each another with sticks, the people who proclaim, “I wish I never had a sister!” — these clowns actually had time to miss one another. Maybe we need less family time rather than more. 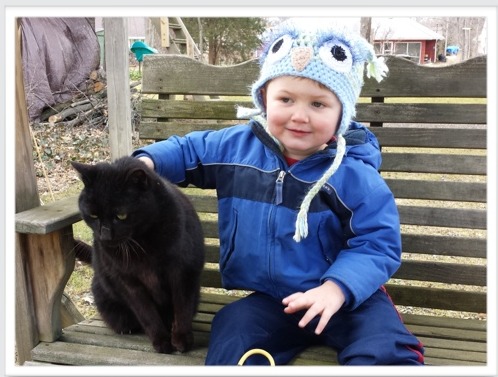 Or maybe the whole point of family vacations is not enjoyment but endurance. Maybe traveling with kin is supposed to be cataclysmic. Your job is simply to survive and tell the story. My husband remembers a family sailing trip to Greece as one of the mountaintop experiences of his childhood. He caught an octopus. He learned to snorkel. He dragged behind a boat in the Cephalonian Sea. When I ask his parents about this same trip, they remember the family unity, the way they sang together, fished together, and ate what they caught. How they shared their dreams under an impossibly blue sky. But I call bullshit. I bet if I had witnessed the week during which they were all trapped in close quarters on that listing sloop, I would have seen navigational discord and tantrums, seasickness and tedium, and at least one person threatening to abandon ship.

But that’s not what they remember.

And it turns out, it is the memory — the idea of family time — that matters. The essence of the experience is what lasts. Thus, our children believe they are awesome campers, rather than the jackasses who argued over the s’mores sticks until someone caught on fire. They believe they can kayak, surf, and paddleboard, even though when we do those things, the girls complain about “the ocean getting them wet,” while the youngest rolls on the beach and eats sand. They tell people they like to bike, hike, and ski.

If that is the case, maybe one of these days, my husband and I will drive, fly, or even sail somewhere with all three of our children. As long as, when it is all over, we can drive, fly, or sail somewhere without them. Because regardless of what they remember, I know we will need a vacation to recover from that ragged, wonderful, bullshit vacation. And with any luck, as we reflect back on the memories, it will all turn into the same glorious trip. 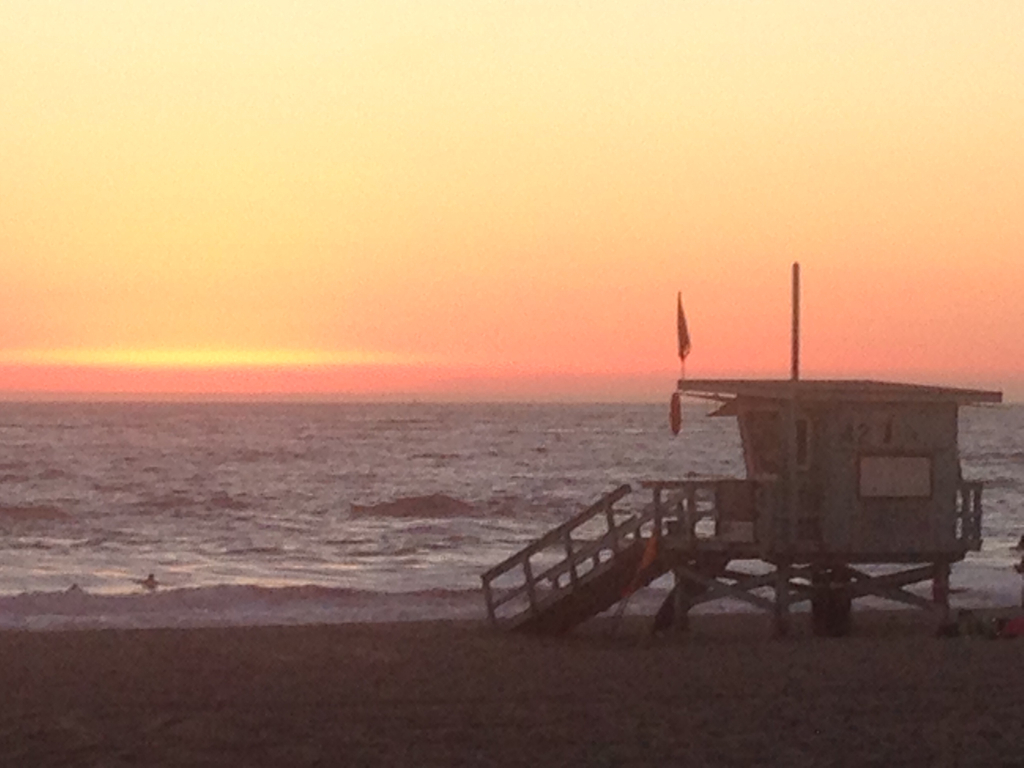 2 replies on “Why We Do Not Take Family Vacations”

Thank you for writing this! We just got back from what was supposed to be a great family vacation. Instead I returned convinced that I never want to take a family vacation again. I felt so guilty about it I actually googled “took a family vacation and it was terrible” to see if I was alone. Glad I’m not!

1. Rule #1 — Raising children is bonkers.
2. Rule #2 — You are never alone.
We’ve just returned from a Mother’s Day brunch that consisted of hot dogs from a food truck. Keep fighting the good fight, Alicia. Chances are your kiddos will remember that terrible vacation as one of the best weeks of their lives. Now go schedule yourself a massage. (or another vacay without them!) Thanks for reading.