My daughter sang in a choir concert last week. Thirty kids. A couple of songs. It was lovely.

The couple next to me brought three young children.

In my head, I got judgy. Really judgy. Like I couldn’t focus very well on the second song my kid was singing about nature because these three kids were talking and dancing and whining about an iPhone and throwing a baby doll at the ceiling.

I also have three children.

Three children is somebody always crying about the game and how it wasn’t fair or the bacon and how she got more or the bathroom and how it’s my turn or the elevator and how he got to press the button last time.

And having three children was kicking that mom and dad’s butt last Saturday. At least, I think it was. Because when I wasn’t judging, I was wondering. What is going on over there? Are they okay? Should I say something?

I wanted to. I think maybe I should have. The kids were actually closer to me than they were to their parents. I could have asked in a super-small voice if they could please keep it down because my little girl was up there on stage singing about fireflies and maybe could they please sit down or play the silent game for 45 more seconds? Pretty please?

Except, I did not know their parents. And even if I did use my best preschool teacher voice, mom and dad would have wondered who was that strange scary lady talking to their kids?

So I could have said something to the grown-ups. You know, in between songs, just crouched or scooted over there to say little Larry, Curly, and Trixie were kind of ruining my mommy mojo. Maybe tell them about the bake sale outside in the breezeway.

But I didn’t say anything.

You can’t say anything.

Those were other people’s children. Not mine. If they were my cousin’s or student’s or my best friend’s kids, I could have gently intervened. Dudes, pop a squat, my child is singing about wildflowers.

My own children have been corrected by strangers. I usually don’t mind it. I figure if it doesn’t apply, let it fly. And I appreciate when someone tells me: Your son is climbing on that window ledge. Or I think you left your daughter in the ice cream aisle. I will take all the help I can get. Mostly.

But not always. One time during church, when my grandmother was sick and my heart was aching, I just kind of handed over the parenting reins to Jesus. As I quietly wept, my kids argued over the hymnal and knocked over a kneeler on someone’s foot during the Sign of Peace. It was not our finest hour. And it was made worse, not better, when the well-intentioned stranger came to me afterwards to give me some parenting advice. She had a book, she said, and she would send it to me. It helped moms like me raise kids like those.

We never entirely know, do we, which kind of mom or dad anybody is. If you see me on my best day, I’m baking bread with my kids, reading, singing, dancing, gardening. We’re riding bikes. We’re playing games. It’s all love and joy all the time.

But catch me on a bad day and I’m swearing. Not at the kids, but definitely about them. And near them. Closing their car door, frackin’sacking-frackin’sacking, and then opening my own. There are days when my kids feel like too much for me.

Maybe Mr. and Mrs. Choir Concert Crumb Bum were having one of those days. Maybe the games and the bacon and the bathroom and the elevator button had just done them in. Or maybe those kids weren’t even theirs. Maybe they were watching somebody else’s kids on that parent’s worst day and the babysitting adults were just as horrified as I was.

It is possible that they were just crappy parents. That’s what I was thinking for most of the song about sadness. And I wanted very badly to tell them that.

But even if they were the worst parents, they didn’t need my judgment right then. They needed my prayers. And my kindness. And looks of solidarity rather than scorn.

And I needed some perspective. It was just a kids’ concert, after all. Not an ordination or a wedding or funeral. And who knows? Maybe what looked like a family falling apart was actually a family trying desperately to keep it together. 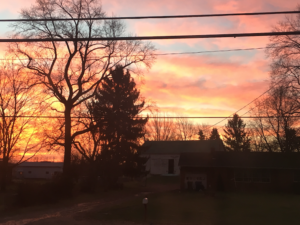 We all know who she is. That woman who can’t quite handle her kids.

It isn’t fair, of course. Since there are plenty of men who struggle to keep their own children in line. But for whatever reason, we give those guys a pass. It’s that woman. She is the one we notice, and in our weaker moments, gossip about. And we all know who she is.

Her kids scream at her in the grocery store. They slug one another during school pickup. They tantrum in the slushy line at the carnival.

We see them. We see her. We know who she is.

And we judge her. She is obviously doing something wrong. Otherwise, her children would act better, especially in front of all of us. They wouldn’t cuss each other out over the last French fry or lie when they broke another child’s toy. If this woman were a better mother, her kids would have the good sense to save their bad behavior for home. Like ours do.

We pity her, this woman whose children bite, shriek, and scratch. We feel so very sorry that she wakes up to this mayhem day after day. We can’t imagine how exhausted she must feel. We wouldn’t want to do it.

We are also a little thankful for her. But for the grace of God. . . . She reminds us that we are okay. We aren’t the worst parents in town. Sometimes we don’t feed our kids any vegetables. Some days we like our children best when they are asleep. But at least they don’t hit each other in the face with t-ball bats. Our offspring never pee on the tree in front of church. We love our kids a little more because they aren’t as bad as hers.

Some of us try to advise her. We share our success stories, about potty training or that one time our kid threw a fit at the mall. She listens politely to our unsolicited advice. “You know, if only you would ___.” Or, “I’ve found that when my kids say ___, it is best if I ___.” She nods and makes us feel helpful. But the next time we see her, we shake our heads. There’s her daughter mouthing off again. There’s her son punching the dog in the ear.

We all know who this woman is. We disdain, pity, value, and preach at her, but how many of us ever hold her hand? Do we walk together or offer comfort when she cries? Do we keep her children and send her to yoga, to church or to bed? Have we brought her a meal or asked her to tea? We say we know her, but have we ever tried to understand how she lives? Have we lightened her load? Have we ever helped her breathe?

We are not alone on this journey. And, like it or not, whether we have nine children or none, whether we are experienced parental ninjas or still figuring out how to fold the stroller, each one of us will have a turn being ‘that woman.’ Because that woman is inside all of us. (It was my turn the other day in the Trader Joe’s parking lot when I lost my cool about the melted ice cream and the baguette that was to be for company but which the kids decided to lick.  Sorry to all who heard the yelling.) We are all in this together. We are one another’s keepers. We owe it to ourselves, our communities, and our world — the world that our children will inherit — to comfort instead of criticize, to offer ease rather than pity, and to make each other’s burdens light.