We are in Canada for a few days.

We were not sure what to do here.

Everyone got to pick something.

Henry wanted to ride a “train.” He had been watching streetcars rumble by from our third floor window.

I considered their typical kiddo ideas and thought maybe someone should choose something, anything, unique to this particular city. I scoured a web page of family-friendly sights and learned Toronto has a zoo, an aquarium, some nice beaches, and a tower. Since we have just moved away from Southern California, we recently experienced a zoo, aquarium, and beaches out there; that left us with the tower. So after breakfast—which we ate nearly at lunch time, since we had spent so much time making our list—we ambled over to the base of the CN Tower. Standing beneath it, the thing was impressive. Really. It dwarfs the surrounding buildings and high-fives the sky with its awesomeness. We were excited.

Except we probably should have ridden this wave of excitement somewhere else.

There was a 15-minute line to buy tickets. Which was nothing compared to what we were told would be a 2-hour wait to board the elevator. The kids nearly fell to pieces when they heard the words two and hours in the same sentence with the word wait. And really, they were the reasonable ones. I, on the other hand, was the nut job, the out-of-touch parent who intended to press on. To wait is good for children, I told myself. It teaches them attributes once celebrated in 1950s movies. Patience. Gentleness. And that thing about good things coming to those who. We would have a nice conversation. Maybe share a snack. Read all the interesting photo captions about the years 1973-1975, when the strong Canadian people constructed this tall tower to the sky.

And man, we made an effort. We looked at black and white photos of concrete being poured. We examined small models of the CN tower, which, while interesting, had nothing on the actual tower we had seen while walking in. We read about lightning, and how the whole place is grounded with copper wire. And all of that took about 17 minutes. Then Lizzie wanted me to hold her. Henry was hungry. And Katie wanted to blame me repeatedly for getting us into this stupid, touristy mess. But the more they complained, they more I dug in.

In high school, I had a driving instructor who talked to us about one-way streets. “One day, you may accidentally drive down a one-way street. Cars will head toward you. You will wonder what is happening. When you discover that you are driving the wrong way,” he said, “at that point, YOU SHOULD STOP AND TURN AROUND.” This wisdom seemed simple enough. If you realize you are heading in the incorrect direction, don’t keep going that same way. Then, one day, I did indeed find myself on a one-way street. It took at bit before I realized it. But when I did, I just kept on driving. It never occurred to me until afterwards that I should have stopped and turned around.

The same thing felt true yesterday. At any point, in the, say, 97 minutes before we reached the base of that elevator, I could have redirected us. I could have called it. I could have said, “Um, yeah, let’s go ride a train, swim, and order a pizza.” So what if those things weren’t very Toronto-y? Instead, we got in a line of people and the more the kids whined and complained, the more I insisted we stay there. 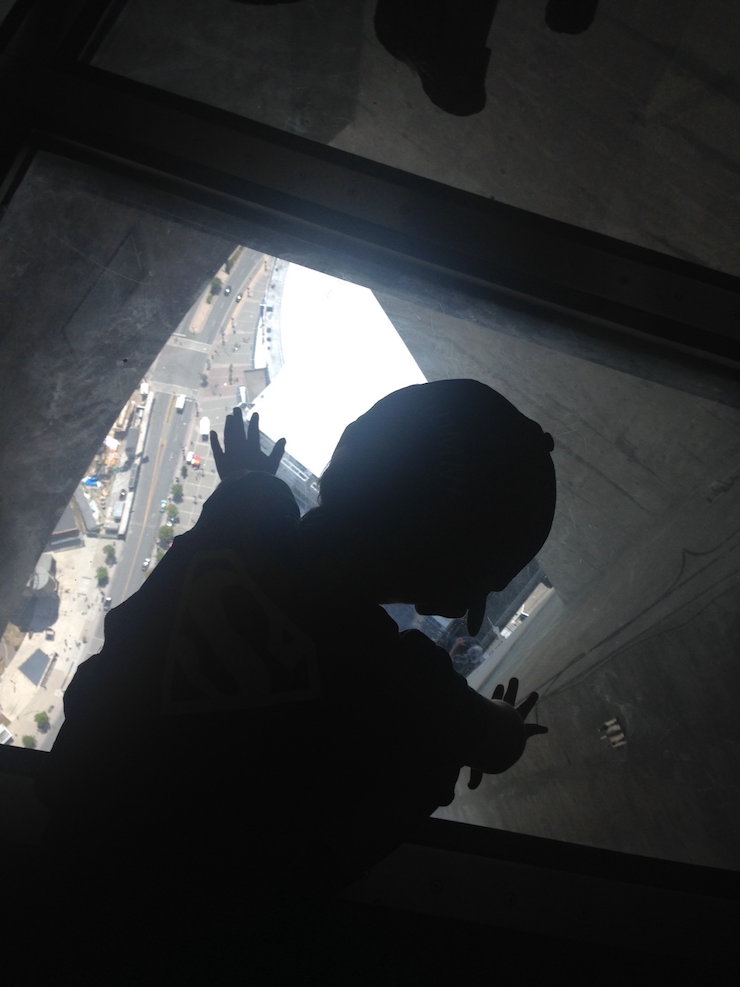 Eventually, we made it up. And it was okay. Lizzie learned to take a panoramic picture with my phone. Katie studied the outline of lake Ontario. Henry counted skyscrapers. All three of them enjoyed a few minutes standing on the glass floor hundreds of feet in the air. But then we waited in line for the restaurant. And the bathroom. And the elevator to get back down.

Hundreds of (Canadian) dollars and nearly five hours later, we wandered through an outdoor exhibit at the Toronto Railway Museum on the way back to our hotel. The kids climbed in a caboose, sat in the cupola, and pretended they were railroad workers on the ladders and berths. They were curious and clambering and happy, and all ten minutes of it was free. This was how we should have experienced Toronto. Briefly, almost accidentally, and on the cheap.

I have made this same mistake before with our kids, dragging them into and across quintessential city sights. In San Francisco, I insisted that they walk with me down Lombard Street, and blocked out their voices when they complained along the Golden Gate Bridge. In Los Angeles, they were too hot at the Griffith Observatory and underwhelmed by the Hollywood sign. In New York City, they loathed Central Park. I have never had the opportunity to bring them overseas, but I envision my children equal parts bored and angry from the Great Wall of China to the Great Barrier Reef. I can just see myself shushing them in front of the Mona Lisa and dragging their tired feet along Venetian canals. As their mother, I feel this is my job. To introduce them to the great cities and wonders of the world, to plant the seeds, and assume that worldliness will sink in years later. Even though these sightseeing expeditions are a misery.

But after this week, I have begun to think differently. Love for a place can take many forms, and wonder is just as likely to flourish in an ordinary neighborhood as it is from atop the most celebrated sight. I learned to love London in its parks and theaters. My fondness for Paris was born in an afternoon of chocolate croissants and shopping for shoes. And Athens came alive to me in the music I heard in the taverns once the sun went down.

Today, because Henry wanted to, we hopped on a streetcar just to see where it would take us. We had no agenda, no sightseeing itinerary, no plan. We rode until we saw an interesting line of restaurants. We hopped off and ate pastries and ice cream, ambled along a cool row of eclectic shops. And when the first child started to complain, we hopped back on the streetcar and rode it back to the hotel to swim. Afterwards, we ordered pizza. And our love for this city was born. 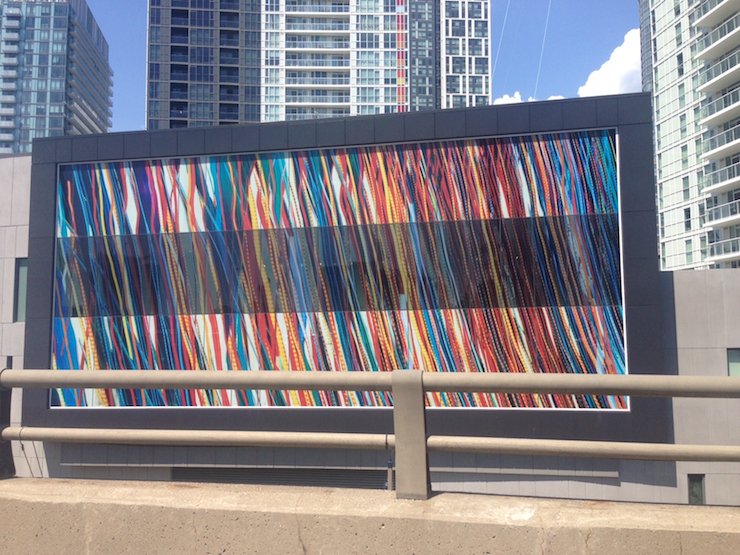 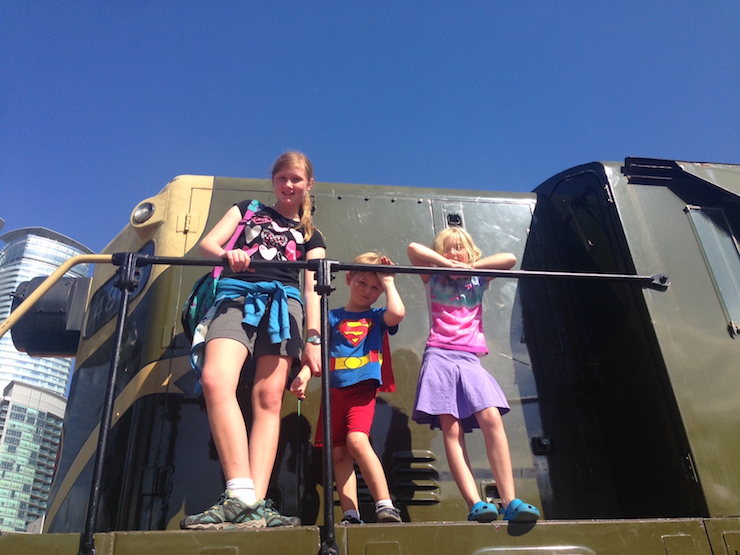