A few years ago, a friend sent me a question.  She was a new mom and she was having a tough time.  The days were long, the diapers were many.  She had grown accustomed to life in the parenting trenches.  But she missed literacy.  Sharpness of mind.  And the friendship of a good book.  What she wanted to know was:  would she ever read again?  What follows is the answer I wrote for her.

Will you ever read again?

The short answer is No.

At least that’s what it will feel like. You will examine warning labels on baby Tylenol. You will peruse pediatric websites at 2 am seeking guidance on teething, green poop, or how to get your baby to leave you alone. You will discover notes to yourself that you do not remember writing. You will read the expression on your partner’s face that tells you s/he is in the mood for love.   S/he will read the expression on your face indicating you are in the mood for cereal. But will you read books? No, probably not.

It is normal that a sensitive, educated parent might miss reading. So, what follows is a 5-step program for reclaiming The Book.

Believe it or not, TV and sleep are necessary pursuits if you ever want to read again. As a new parent, I was wonked out. Despite plans to “revisit the classics” during my maternity leave, whenever I touched a book, I promptly fell asleep. Pick up a book if you must, but then set it down and put a cold drink on it. Books make good coasters. Sip your beverage and catch up with Real Housewives. Check in on The Deadliest Catch. Watch a vacuum cleaner infomercial at 3 am, just to say you have. Slum some with basic cable. When I wasn’t napping, Sex in the City reruns and Ice Road Truckers massaged my brain where literary information had previously been stored. Television helped me hit rock bottom. It is said alcoholics bottom out before seeking help. New parents need to do the same. I once watched eleven cooking shows back-to-back, leaving the couch only to change the baby and toast Pop-tarts. TV saturation gave me the drive to read again.

A runner returning from an injury doesn’t start with a marathon. A model on maternity leave doesn’t come back for a swimsuit shoot. They stretch, ease in. The same is true of readers. Start slow. Reawaken the memory of simply holding a book. After the birth of my daughter, Katie, my first book had a fabric cover and no discernable title, plot, or, in fact, words. It consisted of three pages – one depicting a doggie, another a kitty, and finally (and always surprising to me), a bunny. It wasn’t much, but those were the first pages I successfully comprehended. We “read” this book often. Before long, legitimately lovely children’s books followed: Goodnight Moon; Runaway Bunny; The Very Hungry Caterpillar. I was educating myself with reruns of Gilmore Girls, but at least I read to my kid. It was a start.

After children’s books, I figured grown-up reads were not far behind. However, babies melt brain cells. As a parent, I was dumber. My husband tells me I confuse left and right for about two years after the birth of each child. This makes reading challenging. Whatever you do, DON’T return to something you were reading pre-baby. Unless you start all over, you will not recall even the basics of the plot. Take my experience with what I am told is a gripping tale of historical intrigue, An Instance of the Fingerpost, by Iain Pears. I began this novel when I was pregnant, and picked it up again when my daughter was six months old. Technically, I did complete the book, in that I turned each of its pages. But at the end, I was left with two important questions:

I do not fault Mr. Pears. His characters performed surgeries and ate dinners in consummate detail. But my life was upside down and covered in baby vomit. I could not summon enough info from my first reading to inform the second. My eyes read words that my marshmallow brain refused to process.

Step 4: Forage in the Bathroom

So maybe whole books aren’t the best way to start. Graze instead. Nose through a Pottery Barn catalog; chew on Disney fliers that will magically appear in your mailbox as soon as you have children. I read magazines instead of cleaning house. And because I failed to clean, magazines were everywhere—clogging kitchen counters, cluttering coffee tables, and decorating every bathroom. In fact, most of my after-baby reading happened in the loo. I was alone there. So I dallied. I bopped from article to article, inching back towards literacy. I studied recipes I did not cook, and learned exercises I did not do. I read eight-month-old news articles that were still news to me. Whether my source was Oprah or Obama, I savored every stolen bathroom minute.

Step 5: Recovery: Vampires at the Beach

After magazines, books are yours. Drag your bambino to library story time and start browsing. Don’t be surprised if your stamina has altered during the months (or years) away. If you previously fancied Victorian novels or tended towards tomes with Russian heft, now, even in the dead of winter, you may crave a beach read. Unfamiliar with the genre? Just find a cover with a glassy-eyed woman staring into the mist. With a title like Love Promises or anything After the Harvest. But don’t laze in the sand for too long. Cultivate new interests. I discovered young adult novels after the birth of my daughter, Lizzie. Teen books aren’t all wizards and vampires. The Hunger Games rescued my neighbor from the brink. Looking for Alaska, a sweet and wry little adolescent romance, set me on the road to recovery. Nonfiction was also appealing. Essays were easy to pick up and put down. I found E.B. White again. Anne Lamott’s Operating Instructions helped me laugh about parenting. To escape parenting, anything written or breathed upon by David Sedaris was always a good bet.

Eventually, the reader in you will resuscitate. For me, it happened one fall. Six years after my first maternity leave, I finally returned to the classics. I curled up late one night in my favorite rocking chair, and thumbed through Pride and Prejudice on my iPhone, with my baby daughter drowsing on my lap. Elizabeth and Darcy saw me through those nighttime feedings. Their flirtatiousness, their wit, their passion…it awakened in me a desire I had not felt in years.* I wanted to keep on reading. And, for once, I did.

*Of course, it also awakened in me other desires. Not long after, I was pregnant again, and right back at Chaucer Coasters. But, for a little bit there anyway, there was hope. And I know there will be again. 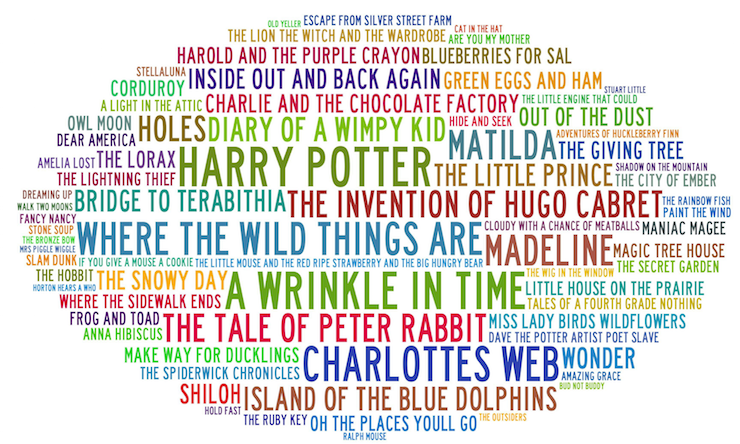 A version of this piece was originally published on The Huffington Post.