Through a mixed-up series of not-very-interesting events, I ended up walking two miles this afternoon in last year’s flip-flops. After I snuffed out my irritation, and jettisoned the useless shoes, I found myself noticing things about my town that despite traveling these roads every day, I had never observed before. There is something about traveling on foot that opens my eyes.

In an effort to capitalize on/make fun of the popularity of the HBO series, the coffee shop had a pastry display entitled, “Game of Scones.” I usually go to the Starbucks, since the chain has better parking, but I made a mental note to give this local shop another try next time I need java out. Two doors down, I saw a sign advertising a “World-famous Comedy Traffic School.” I puzzled over this. Was this a comedy school that had a lot of traffic come through its doors, i.e. had trained a lot of comics? Or was it a Traffic School that taught with great humor? Either way, I had never heard of the joint and it was only about a mile from my house. I will have to look it up.

The local art museum had a new exhibit opening. I am forever making tentative plans to go there, but have yet to set one foot in the door. Since there was no line and no cover, I took a slow (barefoot) lap around the gallery. It occurred to me that, in general, canvases depicting naked folks on trapezes are not my aesthetic. But, I feel thankful to live in a place that encourages artistic endeavors, and I moved on.

I picked up a flyer for a Pilates studio in the basement of the knitting studio nearby. Everybody I know who does Pilates is rail thin. Did Pilates make them that way or is Pilates a skinny girl sport? Is it even fair to call it a sport? What is the difference between exercise and sport anyway? Jerseys? Competition? A snack bar? I was distracted from answering this question by what seemed to be a disproportionate amount of dog poop smashed into the sidewalk on Main Street. When I visited Paris, I remember this, too. Shop owners hosed off their sidewalks most mornings. We have weekly street sweeping in town. I know because I was ticketed a few weeks ago for not moving my car. But do we have sidewalk cleaners? Or maybe folks should just clean up after their dogs.

As I turned off into my hood, I noticed that one of my neighbors still has Christmas decorations up. A trumpeting angel. And quite a few strands of lights. Or maybe s/he was getting a jump start on this upcoming season. There is quite a bit of peer pressure around here to deck out your house and yard. Another neighbor has turned four or five kiddie pools into makeshift garden beds. Both cool and tacky. I decided we should all be friends.

As I arrived home, sore-footed and sweaty, it occurred to me that I could probably apply this same exercise in perspective to my own family. We trip and stumble out the door most days, late to something, forgetting something else. Most days, I think the kids know exactly what I am going to say even before I say it.

“Did you fold your clothes yet?”

“You can have veggies.”

We get in ruts, and travel the same well-worn paths. I hustle them along without really hearing them. Without seeing.

With the start of summer vacation this week, I think what excites me most is the chance to take some new steps together — to walk, bike, jump, and hike — to open our eyes to one another, and be surprised by what we discover hidden in plain sight.

PS — Speaking of noticing, this is my new favorite family portrait.  Lizzie drew it.  First off, look how skinny I am.  Seriously, my legs go on for days.  Second, look how no one is crying or hitting or spitting soup back into a bowl.  When my kid thinks about her family, this is what she sees:  smiling people holding hands.  This warms my heart. 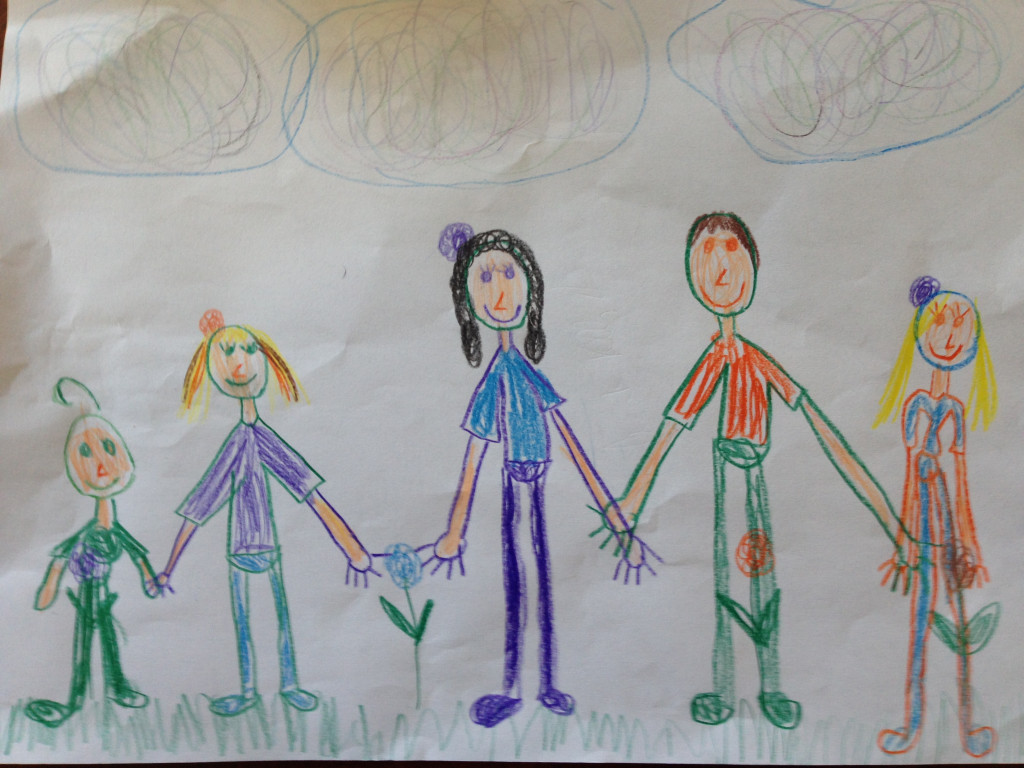 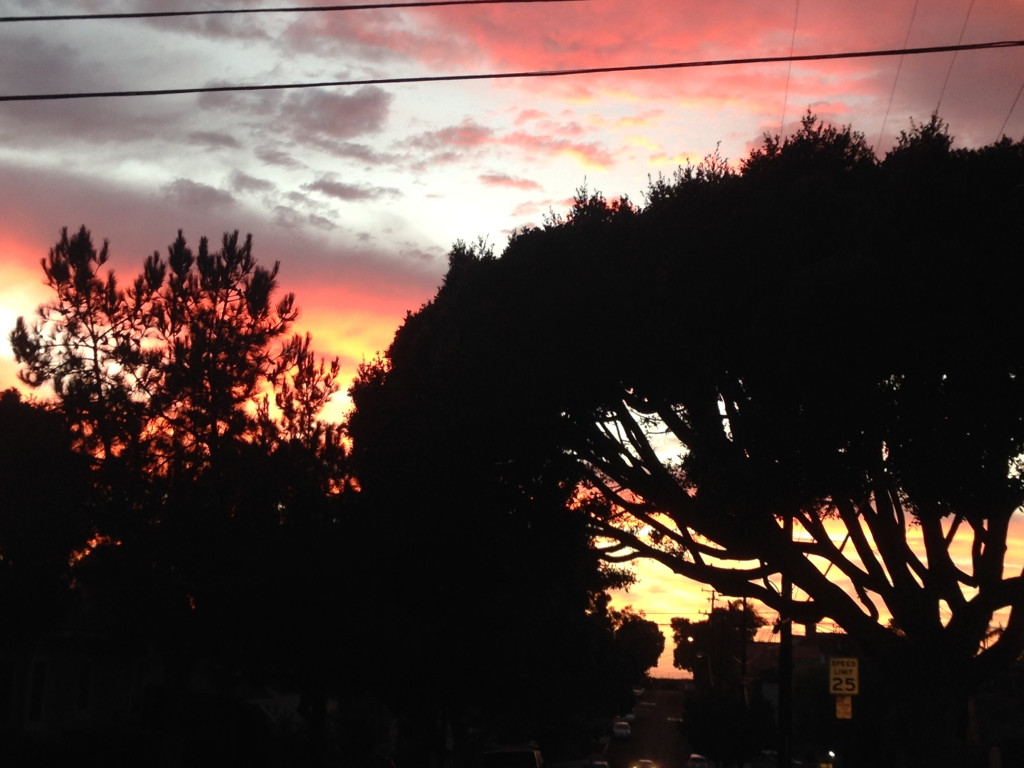