After fifteen years of marriage, one of the sexiest things my husband does is the laundry.

But throw in the dishes and some vacuuming, and I’m yours, baby. I’m all yours.

I crave structure and routine: a play group on Thursday mornings; swimming lessons Tuesdays at 3. But sometimes the best fun involves the garden hose, a couple of buckets, and a big pile of dirt.

My kids are imaginative and magical. Today I just followed their lead. 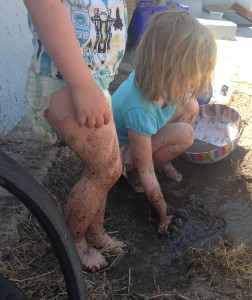 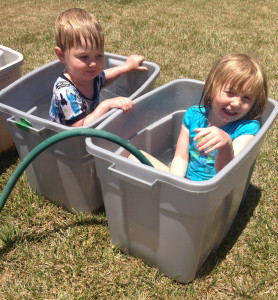 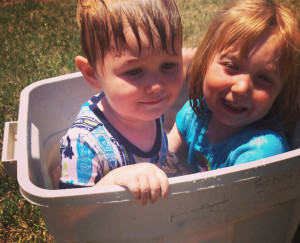 Here’s why I put together the bunk bed:

Not because I thought it would be easy. It wasn’t.

Not because I knew how to use my husband’s drill. I didn’t.

Not because I thought I would be fast or wise or good at this particular job.

I put together the bunk bed with my girls so they could feel capable and awesome, so they will grow up using their own drills with confidence, and take on projects with chutzpah and grace.

We built the crap out of that bunk bed today.

And it only took four hours. 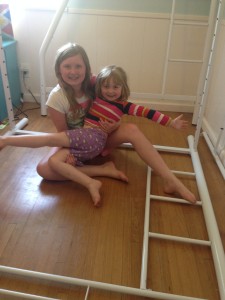 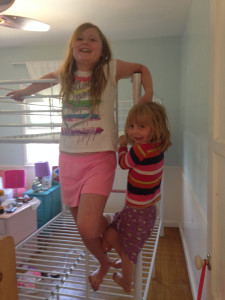 We spent the 4th of July by ourselves. The fireworks, the BBQ…just us. 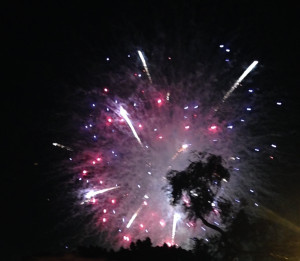 Yesterday, we took the kids to the pool and swam together as a family, alone.

Tonight we met a tabby cat on our walk. Lizzie tried to get it to follow us home.

We are going to have friends here.

We just don’t have any right now.

I’m not creepy or needy. My kids know how to take turns. We always meet awesome folks everywhere we live. This town will be no exception.

But I’d forgotten how the first weeks feel in a new place. Anonymous. Lonely. By now, shouldn’t someone have stopped by with a Bundt cake? Maybe some cookies? I guess they don’t eat carbs here in Southern California.

It’s good for us, I think. This friend-less time will help my kids grow closer. I waffle between forcing them to play together and trolling the neighborhood looking for children on bicycles. Yesterday, I made small talk with a woman taking out her trash because I heard kids’ voices coming from the backyard. Okay, so maybe I’m a little creepy.

I’m usually the welcomer. I’m the one who bakes scones or pops over to see if the new folks need a bottle of wine. I guess that could seem nosey. I prefer to think of it as friendly.

After I struck out with the lady at the trashcan, I walked past a house with a SOLD sign in the front yard. In a few weeks, we won’t be the newest kids anymore.

Neighbors don’t have to be BFFs, but it doesn’t cost much to walk a few paces down the sidewalk. To let the newbies know that trash day is Tuesday, or that the city pool down the hill has family swim from 1-3pm.

The kids and I are already planning to welcome the new neighbors with some homemade lemonade. Here’s hoping we start a tradition.

When Ken and I had been dating for a few months, I told my mom it “wasn’t going to last.” We’d had some fun, but he was joining the Navy, I would be counseling teenagers in Florida, and “I wasn’t going to sit and wait for him.”

I didn’t wait. That much is true. Instead, we got married, and we’ve traveled the globe ever since.

Which brings us to household move number eight — our second stint on the West Coast, the first since we’ve had all three kids. He’s out of the Navy now, but the new locations keep on coming. I hoped that having more kids would mean more hands to help with the unpacking this time. The jury is still out on that. But I have noticed that with more children, we’ve acquired more stuff. 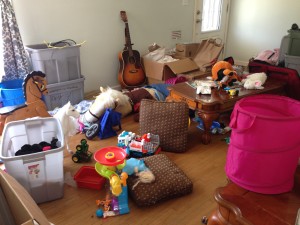 More stuff and more chores. We have been in California for only a few days, but the dishwasher still needs to be loaded. There is still laundry waiting to be washed and waiting to be folded. The kids still need Band-Aids and baths and breakfast.  They still squabble over who gets the last raspberry. And I’m still just as tired when I wake up in the morning as I was the night before.

All of this is such a nuisance. Whenever we move, I kind of hope that a new place will result in a NEW ME. Maybe here, I won’t be so disastrous at cleaning. Maybe I won’t stress snack after the kids go to bed.

This has not been the case. If anything, the utter discombobulation of our trans-American move has me hitting the nighttime Nutella even harder than usual.

However, though you will not hear me say it very often, there is also something comforting about the perpetuation of our routine household mayhem. Even though I said goodbye to my family, my friends, and my favorite hamburger joint, and moved 2400 miles away, plenty of things have stayed exactly, 100% the same. In this ridiculous heap of a house, I can’t find the dental floss, cookbooks, or my favorite jogging shorts. But that, in itself, is a sign that I am still me, we are still us, and everything is going to be okay.

Sometimes the kids fall asleep and you have to skip your errands in favor of their rest. 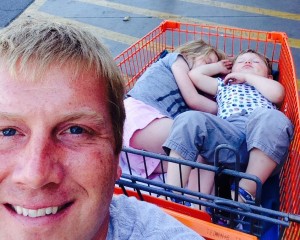 Other days you stuff them in a shopping cart like sausages, and just get it done. 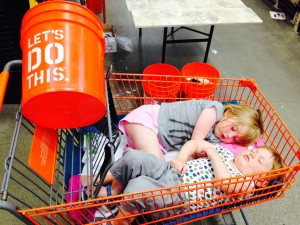 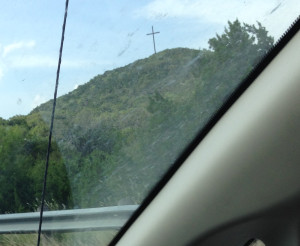